Bluffton United Methodist Church uses music to generate excitement, beauty and inspiration during worship services.  The choral and instrumental programs are intended to nurture those involved and to give a means of contributing in worship, outreach and praise as well as an opportunity for personal growth and enjoyment.  Our Music Ministry welcomes anyone who would like to join in this most rewarding endeavor.  Whether you are a professional musician or someone who wishes to join a musical group for the first time, there is a place for you. Our Music Ministry offers a variety of ensembles and musical styles for any musical taste and experience level. For more information about participating in the Music Ministry, please contact Ella W. Davis, Director of Music Ministry at 843-379-5241 or ewdavis21@gmail.com. 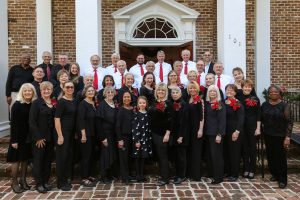 Chancel Choir provides worship leadership each Sunday at the 11am service.  This ensemble consists of adults with various ability levels. Rehearsals take place Wednesday evening from 7:00-8:30pm in the Music Suite. In order to assure your proper vocal section assignment, a simple private vocal assessment is requested. 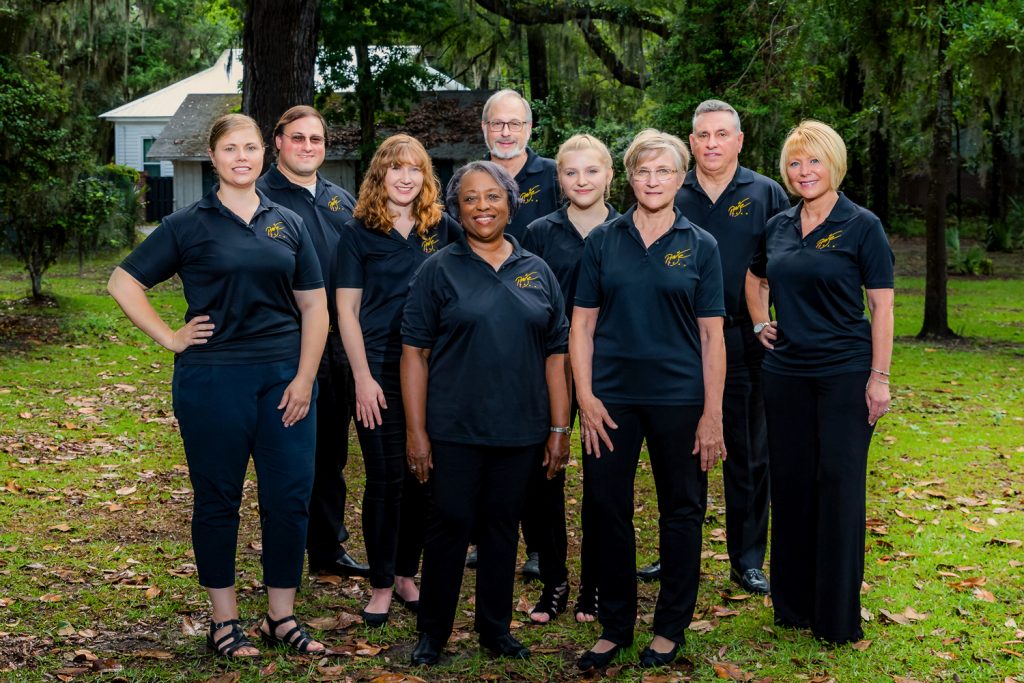 Praise Team is a versatile group of youth and adult vocalists and instrumentalists with music reading or chart reading skills who are passionate about contemporary worship music. Praise Team provides worship leadership bi-monthly or as needed. Rehearsals are held bi-monthly on Saturday 10:00 to 11:30 AM in the Sanctuary. 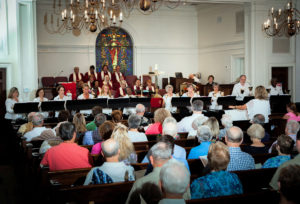 The Wesley Ringers is a handbell ensemble for youth and adults with music reading skills or the desire to learn. This ensemble rehearses Monday from 3:00-4:30PM. To participate in the handbell ensemble or for more information contact Ella W. Davis at 843-379-5241 or ewdavis21@gmail.com . Cherub Choir is designed for all children age 4 to 9. Cherub Choir provides worship leadership several times during the liturgical year.   To participate in Cherub Choir or for more information contact Ella W. Davis, Director at 843-379-5241 or ewdavis21@gmail.com. Ella Wilson Davis was born and raised in Pittsburgh, PA. She attended the Oberlin Conservatory of Music, Oberlin(OH) and during her junior year studied at the Mozarteum in Salzburg, Austria. Ella graduated with a BM degree in vocal performance. Following graduation she was awarded a German grant to study voice for a year at the Hochschule für Musik in Munich, Germany. Upon her return from Germany, Ella earned a MM degree in vocal performance from Duquesne University, Pittsburgh, PA. Ella was the director of The Cleveland Orchestra Children’s Chorus for nine years. After teaching public school vocal music for over 30 years, she retired and became the Director of Performing Arts at The Cleveland Music School Settlement, Cleveland(OH) and later Interim Executive Director.

In 2001 she and her husband, Milton moved from Cleveland to Bluffton(SC). Since 2004 Ella has served as Director of Music at Bluffton United Methodist Church. Her responsibilities include directing Chancel Choir, Cherub Choir, and Praise Team as well as coordinating the Wesley Ringers. 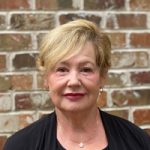 Beth has served as Music Director and/or Organist at several churches in the Low Country and Northern Virginia. She studied organ performance at Westminster Choir College, choral conducting at University of Maryland, and received her BA in MusEd degree from Salisbury University. She was also awarded the Bishops Diploma in Hymnody and Liturgy from Virginia Theological Seminary. She holds a teaching certificate in Early Childhood Music. Beth is a collaborative music consultant and accompanist with several local schools and organizations.

She serves on the Boards of the Hilton Head Symphony, the Low Country Chapter of the American Guild of Organists, and the May River Theatre.

Beth lives in Bluffton, SC, with her husband, Jeff, and has two grown sons, Kevin and Sean; and a perky Pomeranian, Beauregard.